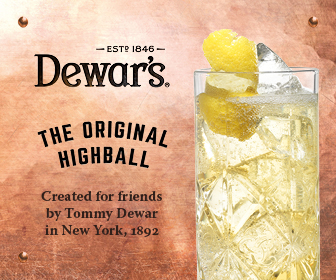 A portrait by staff, with Marino Parascenzo

Arnold palmer’s story—that of a blue collar boy from a small town who became a legend—wouldn’t be complete without Deacon, the groundskeeper father who taught him the game. That Deacon helped to build, with his bare hands, the golf course on which Arnold learned to play golf, and that he was renowned as a steely man of few words, only adds to the lore. In more recent times, Deacon’s role in that lore has been better acknowledged, with the PGA of America’s Deacon Palmer award and, as of 2021, the USGA’s new Deacon software tool for course management. Whatever Deacon himself would have made of such honors is unknown, but his importance to Arnold, and to making possible the legend that Arnold became, is unquestionable. As Deacon himself said in a film clip from the Golf Channel’s Arnie documentary, “When Arnie wanted to know something about his game he always came to me. I never went to Arnold.”

Milfred Jerome Palmer, better known as “Deacon” or simply “Deke,” was always “Pap” to Arnold. As Arnold himself described Deke’s presence in his autobiography, A Golfer’s Life, “The sound of his voice—combined with the size of his hands and their potential menace—was almost enough to freeze me in my tracks and set my bony knees quaking when
I was caught doing something I shouldn’t have been doing.”

The elder Palmer quit school around the age of 15 and went to work at American Locomotive in Latrobe, Pennsylvania, Arnold’s hometown. Not liking indoor work, he heard about a new golf course planned in nearby Youngstown, applied for a job as a laborer, and was hired. His first work at what would become Latrobe Country Club was as part of a three-man crew digging ditches. When the course was finished in 1921, he was asked to stay on to help with maintenance, which he did, supplementing income in the off-season by working in the “rough-and-tumble” (as Arnold described it) poolroom at the Youngstown Hotel, where the same imposing figure that intimidated a young Arnold kept the peace among beer-infused local workers.

Deacon was resolute. He’d suffered a bout of infantile paralysis and had a “club” or “game” foot. As a consequence, Arnold wrote, his father had a determination to prove himself. He lifted weights, “could chin himself with either arm at least ten times,” and had an inner strength that Arnold believed was rooted in Deke’s early years, “struggling to teach himself to walk again, long before there were doctors and rehabilitation programs to help people manage the various difficulties associated with types of polio.”

After marrying Arnold’s mother, Doris, Deke took a second job working nights in the local steel mill, a job he reportedly hated but which he felt obliged to do to support his burgeoning family, which included Arnold, sisters Lois Jean (“Cheech”) and Sandy, and brother Jerry.

“He was tough,” Arnold said in the Arnie documentary. “Didn’t take a lot of sass or anything from me. He told me what to do and I did it as fast as I could get it done.”

Deke also made it clear to Arnold and his siblings that, while they might have lived on the club’s grounds, they were not members of the club.

But in the off hours, in the early morning or late afternoon when the members weren’t using it, they could use the club’s golf course—and Arnold did. When he was young, Deacon put his son’s hands around the grip of a cut-down women’s club and, as Arnie explained, “he said look at your hands. Now look at that and remember and don’t you ever change it. I was three years old.”

At this point Deacon had become LCC’s head pro in addition to being its groundskeeper. Arnold said his dad worked hard to teach himself the game and was a single-digit handicapper. While he gave lessons to members, his initial instruction to his son was as straightforward as one could expect, as Arnold explained in his book: “’Hit it hard boy,’ he said. ‘Go find it and hit it hard again’… That was pretty much all the swing instruction he gave me for many years.”

When a prominent member of the club remarked that Arnold’s swing was unbalanced, Deacon reportedly told the member, “Damnit J.R., you let me worry about the kid and you take care of your own game, all right?”

Deacon also taught Arnold golf etiquette. A strong lesson came when Arnie won the 1947 Western Pennsylvania Junior and expected a hero’s ride home with mom and dad. But there was a stony silence in the car. It seems Arnie had missed a short putt at one point and had thrown his putter over the trees. “If you ever throw a club like that again,” Deke said, “you’ll never play in another golf tournament.”

On the superintendent side, Deke was as firm, pushing Arnold and the rest of the crew to work from dawn to dusk, “and woe be unto the player—regardless of whether it was his own son or the club president—who failed to treat the golf course with the kind of respect Pap deemed necessary and proper,” Palmer wrote.

Once, when Arnold had locked up LCC’s pro shop early and slipped out to hit some balls, one of the club’s more prominent members, J.R. Larson, came by to get a set of clubs and to play a bit. Finding the shop locked before the end of business hours, he found Deacon, who quickly found Arnie.

“As Larson looked on, my father chewed me out good, describing my stubborn unreliability and warning me about the dire consequences of future mistakes, and so on. When he paused for a breath, Larson said to my father, ‘Tell you what, Deacon. Send him down to the steel mill to work. We’ll straighten him out fast.’ I was surprised by my father’s quick response—and so, I’m sure was J.R. Larson. ‘Don’t tell me what to do with my kid,’ Pap snarled at him… ‘You take care of your business, Mr. Larson, and I’ll take care of mine.”

In contrast, Arnold’s mother was, as he described her, “a very friendly, forgiving person. My father was a tough operator and my mother sort of smoothed the hard spots over and kept me, you know, happy.”

She also didn’t hold back in praising Arnold when he did well, something Deke, for whatever reason, wouldn’t do: “I was always pestering Pap to come watch what I could do in hopes he would praise me, which of course he never really did,” Palmer wrote. “That simply wasn’t his style.”

Deke died in 1976, at 71, after a round of golf at Bay Hill Club & Lodge, which Arnold had purchased some years before. Arnold had purchased Latrobe Country Club by then as well. Today the PGA of America gives the Deacon Palmer Award to recognize “a PGA Golf Professional who personally displays outstanding integrity, character and leadership, in the effort to overcome a major obstacle in their life.”

And this year, the USGA premiered the Deacon tool for course management: “In caring for Latrobe Country Club and influencing the life of one of the iconic figures in golf history, Deacon Palmer served the game in a way that matches our mission,” said Mike Davis, CEO of the USGA.

In 1998, a tree planted by (and beloved by) Deacon at LCC had to be knocked down. Arnie had them leave a large stump and had a chainsaw artist come and carve it into a statue of his dad, which looks over the fairways still today. Arnie mentions it in closing his book: “I stood there looking up at him… deeply moved to have him back… wondering what my Pap would make of this golfer’s life. I still hope he’d be pleased.”