The origins of Augusta National

With the 2019 Masters around the corner, we look back at the origins of Augusta National Golf Club and the most famous tournament in American golf 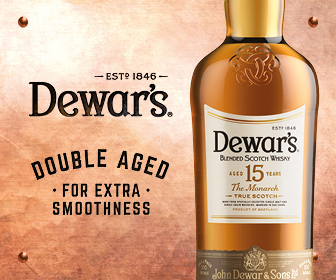 From April 11-14, we’ll wallow in the thrills and spills round Amen Corner and down the stretch as this capricious golf course coughs up eagles and double-bogeys in almost equal measures; and whatever the outcome on Sunday night, it’s a given that the gamut of our emotions will have been truly run. Year after year, ’twas ever thus!

This story for the ages begins about four years prior to the first Augusta National Invitation Tournament, as the Masters was originally named, in 1934. The greatest golfer of his era had just stepped aside from competition and, truth be told, he was seeking a golf project to pursue. Between 1923 and 1930, Bobby Jones won four U.S. Opens and three [British] Opens as an amateur. He also won the U.S. Amateur Championship five times and the [British] Amateur Championship once, during his annus mirabilis—1930. That year, he simultaneously annexed all four of golf’s leading trophies—an “impregnable quadrilateral,” according to the golf writer O.B. Keeler. Subsequently, his achievement was dubbed the only genuine Grand Slam the game has seen.

Jones promptly retired from championship play. The time had come to pay attention to his law practice in Atlanta. He was also weary of the attention he attracted from spectators even when he teed up for a casual game with friends. But a notion persisted at the back of his mind: to create his own personal golf club, a dream course but also somewhere he could find peace. This idea resonated with his friend Clifford Roberts, a Wall Street financier.

Jones and Roberts had mutual connections in Augusta, an inland port founded in 1735 on the Savannah River and named after the mother of King George III. Located 150 miles east of Jones’ home city of Atlanta, it was the ideal retreat for winter golf. Adjoining Augusta Country Club—where Jones had previously won the Southeastern Open—was the 400-acre Fruitlands Nurseries, a former indigo plantation previously owned by a Belgian, Baron Louis Berckmans, and overlooked by a 14-room manor house—the first building in the South constructed from what came to be known as concrete.

Jones visited the disused site in 1931 with Roberts and knew instantly this was where he wanted to build his club. He wrote later: “The long lane of magnolias through which we approached was beautiful. The old manor house with its cupola and walls of masonry two feet thick was charming. The rare trees and shrubs of the old nursery were enchanting. But when I walked out on the grass terrace under the big trees behind the house and looked down over the property, the experience was unforgettable. It seemed that this land had been lying here for years waiting for someone to lay a golf course upon it. The broad expanse of the main body of the property lay at my feet then just as it does now. It looked as though it were already a golf course.”

Jones knew just the man to help him create his vision. In the 1929 U.S. Amateur Championship at Pebble Beach, he lost in the first round but remained on the Monterey Peninsula for the rest of the week. During that time, he played the not-yet opened Cypress Point and met the architect, Dr. Alister Mackenzie. The two men talked extensively and Jones found someone who shared his design philosophy.

“Our overall aim at Augusta National was to provide a golf course of considerable natural beauty, enjoyable for the average golfer and at the same time testing for the expert player striving to better par,” Jones wrote. “We want to make the bogeys easy, if frankly sought, pars readily obtainable by standard good play, and birdies, except on par-fives, dearly bought.”

The fairways would be wide and the rough light, so as not to spoil the members’ fun, but during a tournament the greens would be fast and the hole locations would test the best players. Both Mackenzie and Jones were interested in strategy and Jones hit hundreds of balls to specific locations as the course evolved. Despite the Depression, the course was ready by December 1932 and Augusta National Golf Club—Jones wanted members from overseas as well as around the country—officially opened the following month. The rest, as they say, is history.