Surprises await in former government buildings, post offices and warehouses that have been reimagined into hotels brimming with fascination, warmth, color and a vibrant new lease on life

Twenty years ago, guests went to a hotel to be hermetically sealed from a city’s shabbier elements. Now old bones are the draw, lending a sense of history, a connection to place and perhaps a bit of luxurious virtue signaling, Hey, this isn’t just indulgence! We’re good for you, too!

In Denmark’s capital, the latest noble overhaul is Villa Copenhagen, a grand dame hotel for the 21st century built within the stunning frame of the 1912 Central Post and Telegraph head office. A herring hawker from a century ago might recognize the neo-Baroque gem alongside Central Station and opposite Tivoli Gardens but the updates completed over nearly three years (London’s award-winning Universal Design Studio oversaw the build) are pioneering even for this forward-facing city.

More than 600 new windows match the originals exactly, except these are double glazed to preserve energy and eliminate noise pollution (trains on Track No. 1 arrive directly under the building). There’s an outdoor lap pool that draws its heat from excess A/C energy and the flipflops are fashioned from old tires. The hotel’s Earth Suite is sustainable from floor to ceiling, using only recycled materials and textiles and eco-friendly furnishings by Danish manufacturer Mater Design. Looking for the minibar? It is located inside an old-fangled bank safe.

“Tourists may come to Copenhagen to see the Little Mermaid but much more they want to see what makes this city so livable and sustainable,” says Peter Høgh Pedersen, Managing Director of Villa Copenhagen, a member of Preferred Hotels & Resorts. Luxury, he says, is dependent on conscious and sensible choices that take the environment and communities into account, going beyond material things to an appreciation and an enjoyment of the best that life has to offer. “One of the reasons we’re consistently ranked as the happiest city on earth,” he says, “is because of our conscientious values, and we live and breathe that ethos.”

Balance is one of those values and the Villa brings that back, too. On the roof, away from all the tram and bicycle traffic, there’s a hidden herb and spice garden ready for the picking and a beehive producing organic honey. The dining program by executive chef Tore Gustafsson (from buzzy Paté Paté) aims to be “carbon free.” Even the hotel air was tweaked to promote harmony with the environment. In the courtyard, Danish fragrance brand Skandinavisk created signature scented candles that blend smells of nature and Scandinavian life. Needless to say, all their products come in refillable bottles to limit single-use plastic across the property. “Everything we’re doing is very deliberate,” says Pedersen.

Converted from three separate buildings that once served as the Norwegian Embassy in the 7th Arrondissement of Paris, JK Place marks hotelier Ori Kafri’s first venture beyond his Italian enclaves of chic in Rome and Capris. The result is a highly personalized, quietly opulent townhouse hideaway with interior design by Michele Bonan, although art enthusiast Kafri enjoys hunting down many of the eclectic works of art that decorate his hotels and capture the attention of guests. Italian furniture and objets d’art commune with antiques from the French capital’s best-known flea markets.

Overlooking the Seine’s Left Bank and steps from the Orsay Museum—and behind a discreet entrance that’s easy to miss—the location of JK Place could not be closer to the grand old heart of the French capital, where the architecture and outward prospects are coveted as much as the current occupants of the Musée du Louvre, just across the water.

The hotel features 29 spacious rooms, each with sprawling bathrooms, while its Sisley Spa includes an indoor swimming pool crafted from Bisazza mosaics. Its restaurant, Casa Tua, offers an exceptional departure from typical luxury hotel fare with its focus on relaxed Italian cuisine with a French twist. 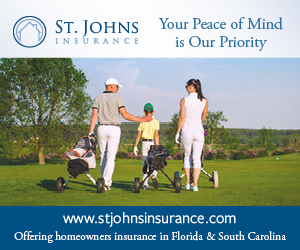 Memphis is a musical holy land. Groove worshippers worldwide come here to visit Elvis Presley’s Graceland, Sun Records studio (where everyone from Johnny Cash to U2 made huge hits), Beale Street (where live blues bands kill it nightly), and Rev. Al Greene’s Full Gospel Tabernacle church (where the legendary soul singer performs and preaches occasional Sundays). Now musical pilgrims have the ultimate home base: Central Station Hotel. The property is a stunning $23.2 million “adaptive reuse” of Memphis’ 1914 depot. The station remains while the new boutique hotel unfolds within it like a musical shrine.

Memphis is a musical holy land. Groove worshippers worldwide come here to visit Elvis Presley’s Graceland, Sun Records studio (where everyone from Johnny Cash to U2 made huge hits), Beale Street (where live blues bands kill it nightly), and Rev. Al Greene’s Full Gospel Tabernacle church (where the legendary soul singer performs and preaches occasional Sundays). Now musical pilgrims have the ultimate home base: Central Station Hotel. The property is a stunning $23.2 million “adaptive reuse” of Memphis’ 1914 depot. The station remains while the new boutique hotel unfolds within it like a musical shrine.

The property anchors the revitalization of the South Main district, now bouncing back with new and historic clubs and restaurants. Central Station is even directly across the street from Arcade Restaurant, where Elvis had his own booth.

Located in the heart of Ghent, 1898 The Post is a striking boutique hotel that has recently emerged from an identity change as a 19th century post office. With its neo-Gothic bones maintained the hotel casts a moody spell throughout—dark woods, sloped ceilings and a captivating mash-up of worn antiques with modern-day amenities.

A remote, roadside retreat, Cuyama Buckhorn has been entirely reimagined for food-focused, high-desert drifters. Originally a high-desert roadside motel on Highway 166 outside of Santa Barbara, this 1952 retreat keeps its Mid-century design cred while catering to a new crowd of cowboys moonlighting as winemakers and celebrities looking for a weekend escape.

An art-fueled odyssey engineered by Hauser & Wirth power couple Iwan and Manuela Wirth, The Fife Arms fuses past and present from what was once a humble Victorian coaching inn, nestled in Braemar in the Scottish Highlands. Look for period details (floral wallpaper and intricate wood headboards) and massive statements by today’s current art stars, including Guillermo Kuitca’s cubist-inspired murals; Subodh Gupta’s colossal chandelier made from Indian pans and bicycles; and Richard Jackson’s tangle of neon antlers suspended in the stairwell.

With half a day to spare:

Head to Le Golf National and play the Albatros Course, venue for the 2018 Ryder Cup and home to the French Open.

Book a tee time at Royal Copenhagen Golf Club, the oldest golf club in Scandinavia and land that was once hunting grounds. 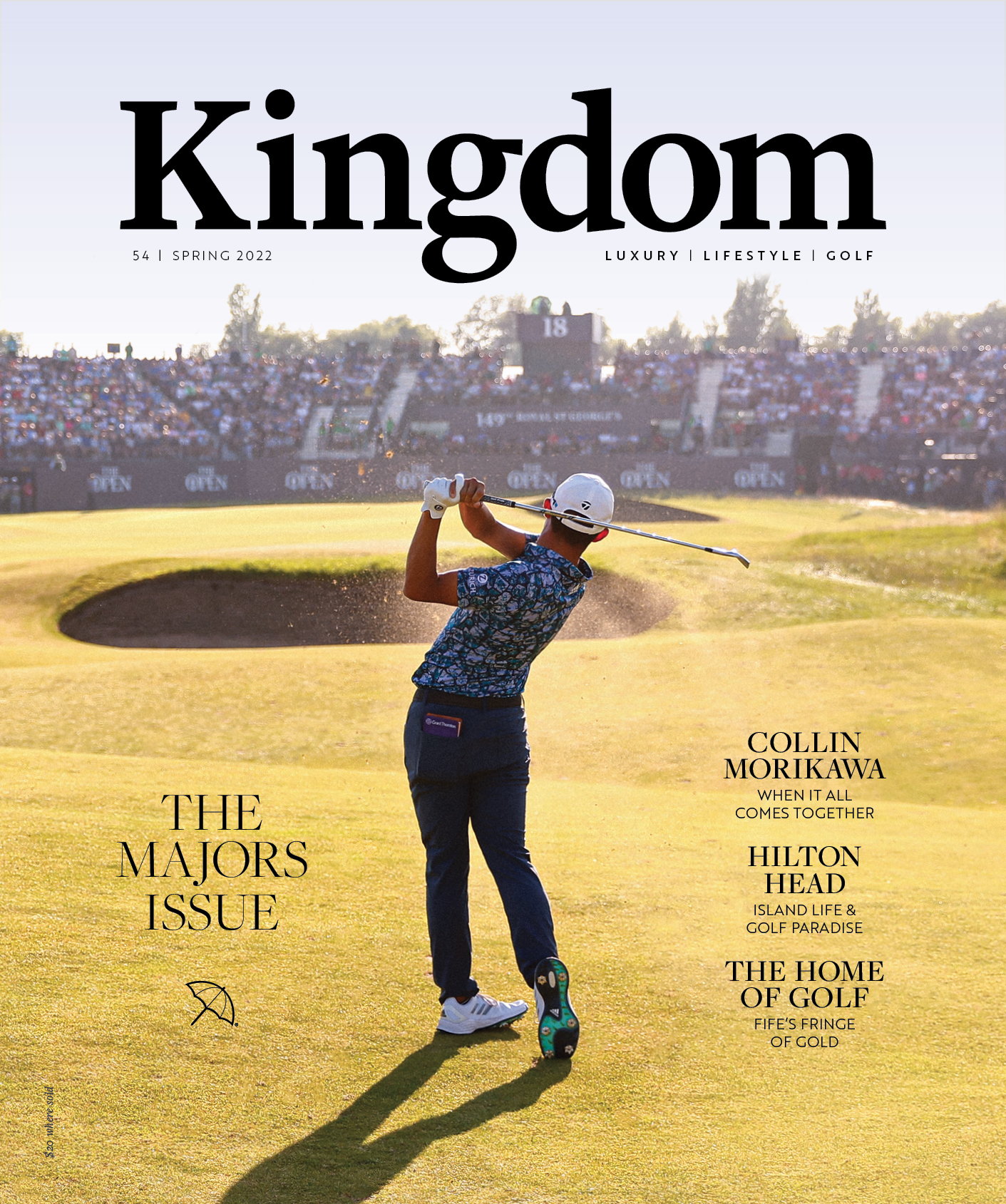