There are two Venezuelas: one that changes but does not move, and one that moves but, in its heart, does not change. In his Vuelta a la Patria (Return to the Homeland) Venezuelan poet Juan Antonio Pérez Bonalde describes the first: “Ese cielo, ese mar, esos cocales, ese monte que dora el sol de las regiones tropicales”— that sky, that sea, those coconut trees, that mountain that gilds the sun of tropical regions… That is the country for which the second Venezuela longs, scattered as it is all over the world in the form of 5.4 million people who left their homeland in recent decades. Wherever they live now, many stay connected to Venezuela through family, friends, food, music, and dreams. But before the dreams, when the music—or the silence—is beginning to pull at the heart, there is reflection, and there is Santa Teresa.

Santa Teresa rum has its roots in land on which people have gathered for more than 15,000 years. Archaeologists discovered evidence of pre-Columbian civilizations in Venezuela, although the Spanish didn’t give it the “little Venice” name until 1499, believing the topography was similar to that of the Italian city. By the time of the American War of Independence, Venezuela had a robust trade economy, a sophisticated music school, and an intellectual center in Caracas, with its own university that taught medicine, engineering and Latin, among other disciplines. And in 1796, the same year Great Britain ceded its last remaining forts to the United States, Santa Teresa rum was born with the founding of Hacienda Santa Teresa in the Aragua Valley, just over an hour west of Caracas.

Through wars, revolutions, and all manner of economic and political upheavals, the Hacienda has endured, first as a site for coffee, cocoa and sugar cane, and since 1830 as a source of premium rum. More than just a spirit, Santa Teresa rum is Venezuela’s spirit, at once a global ambassador for the country and a cultural touchstone connecting Venezuelans who have stayed with those who have left—and all Venezuelans with the land itself.

“When you sip it, you feel that you are home,” says Clarissa Hines, who was born in Caracas but left in 2010. Now the rum’s North American Brand Manager, she said her family was overjoyed when she got the job. “They were like ‘SANTA TERESA!’ It wasn’t the position, it was that ‘She works for Santa Teresa!’ They don’t need to explain to their friends, and the position itself isn’t important; it’s the brand, it’s what it means. Santa Teresa has become a source of national pride for all Venezuelans… It’s a feeling that, unless you’ve gone through what Venezuelans or Cubans or any other culture that had to leave a country have gone through, it’s hard to understand. You’re far away from your home, but you’re able to be part of it. It’s really incredible to accomplish.”

“For me, I feel pride in representing something that’s from Venezuela,” says Juan Pablo Fonseca, also from Caracas and living in the United States as Santa Teresa’s Regional Marketing Manager. “In recent years, when you speak about Venezuela it’s mainly sad news. To be able to present something wonderful, something you’re proud of, it feels great. And for now, it’s word of mouth, it’s telling the story one person at a time, talking to the guy behind the bar, to individuals. It’s an intimate story, and when people hear it, it spreads love for the brand, and it’s real.”

The Hacienda was founded in 1796, and since 1830 it has been run by the Vollmer family, who maintain their commitment both to the land and to the local communities—including a few locals one might not necessarily expect.
(See sidebar: Project Alcatraz)

Juan Pablo points out that Santa Teresa’s incredible story wouldn’t matter if the rum weren’t of the highest quality, and it is, with the Hacienda’s products widely regarded as among Venezuela’s best. The country’s climate, soil and rich geography create the perfect conditions for a uniquely good sugar cane and for top rum production, and “The context speaks loudly,” says Clarissa. “It’s a tall order to be the best in a country that is well known for its world-class rum.”

As Venezuela’s oldest rum brand, experience helps. The exceptional Santa Teresa 1796, for example, is crafted by the Hacienda’s Maestro Roneros, with blends up to 35 years aged in bourbon oak barrels, then further aged through the artisanal Solera method. Consistency is key, and so along with 225 years’ worth of history in every bottle, there is some of the very first 1796 cask as well.

The original cask of the 1796 was never emptied. Rather, each time a bottle is drawn, the cask is topped with a slightly younger rum, and this is repeated with each and every bottle of Santa Teresa 1796. The experience of enjoying this rum, no matter where one lives or was born, is sublime. A formidable amber/red spirit with a dry fruitwood nose, in the mouth it reveals incredible depth and complexity, sun-warmed leather and vanilla, cinnamon, dark chocolate, nuts, rich fruit and hints of honey and pepper.

“Even whiskey drinkers like it because it has a smooth and unexpectedly dry finish,” says Clarissa, pointing to the rum’s growing popularity around the world. Neat or with an ice cube, Santa Teresa 1796 sits nicely next to a top bourbon, although with notes recalling the sea, beach and jungle, this very much is a rum. For anyone who enjoys a rich premium spirit with character and versatility, Santa Teresa 1796 should be a regular fixture on a home top shelf; but for many others around the world, it will always be so much more than that.

“Once you hear the story it changes everything,” says Alex Noriega, Santa Teresa Brand Ambassador. “You think about the people who’ve been given a second chance because of what we have here. This is an extraordinary product from real, genuine people. There’s so much passion in this from everyone who works for the brand, and people hear that. It shows you that passion can be turned into anything.”

Published in 1877, Bonalde’s poem of longing for home still resonates with Venezuelans today. Although the poem’s name recently was appropriated for less poetic efforts, the sentiment is as modern as ever, evidenced by Caracas ska band Desorden Público in their song Los Que Se Quedan, Los Que Se Van (The Ones That Stay, The Ones That Go Away). In it, they sing, “Cuando golpee la melancholia… Saltará tu corazón cuando tu te conectes/When sadness and homesickness hit you… Your heart will jump when you connect.” 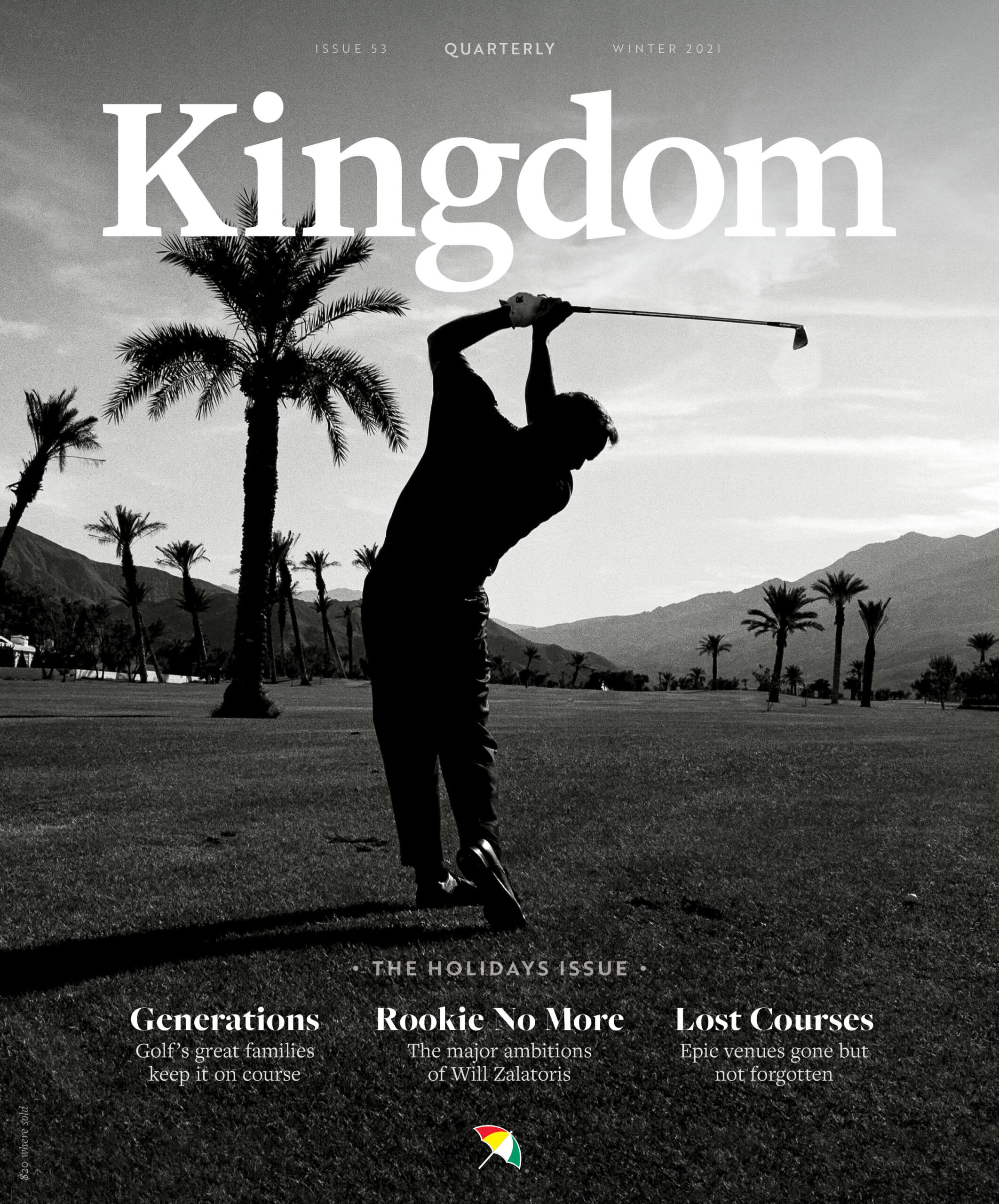